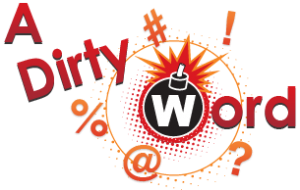 Money is one of those “taboo” topics that people often avoid talking about. While you may not avoid casually talking about finances when things are going well, bringing up specific difficulties, including bankruptcy, may make some people uncomfortable. But really, bankruptcy isn’t a dirty word. It’s actually quite common and has been designed as a relief for burdened consumers who would otherwise smother under mountains of debt. You may fear judgment, but most people understand that sometimes bankruptcy is the best choice for people who are stuck in difficult circumstances.

More Common Than You Think

Bankruptcy may seem like a big deal, but in the scheme of things, it is a minor legal proceeding that enables people to get a new start. It will be a part of your past, but it doesn’t need to define or hinder you. The US government allows bankruptcy so that people can put overwhelming debt behind them. It is also something that people do every day. Due to changes in our economy, housing market, workforce, and just unfortunate life circumstances, over one million Americans filed for bankruptcy in 2013. Many people are faced with no other choice when medical insurance only covers a small portion of bills or a business venture just doesn’t work out. Don’t feel ashamed if you find yourself in this position. Many famous people including Henry Ford, Milton Hershey, H.J. Heinz, and Abraham Lincoln have declared bankruptcy, so you’re in good company. And just like these entrepreneurs moved forward and became amazingly successful, you too will move forward to a better financial future.

When someone files bankruptcy, it doesn’t come as a surprise to creditors. It’s easy to feel guilty or ashamed about not being able to pay back the money you’ve borrowed, but there is really no need. One reason that interest is charged on loans is that creditors know not everyone will be able to pay back the debts they’ve accrued. This is part of how the credit industry works.

Even though bankruptcy is considered public record, that doesn’t mean it needs to be public knowledge. If you don’t want people to know about your bankruptcy, don’t feel like you have to share it with them. Really, the only people who need to know that you’ve filed are your attorney, your creditors, and any future creditors who need to run a credit report. And while you may feel uncertain or nervous about talking about your bankruptcy, it might be a good idea to share your struggles with a trusted friend or family member. It’s difficult to carry all your financial burdens and stresses alone.

Give Me a Call

While bankruptcy may be a new and intimidating experience for you, it’s something I deal with every day. I’ve helped many people work through the legalities and emotions associated with debt that’s impossible to pay off. There’s no need to go it alone, so give me a call. Together we’ll come up with a viable plan to get you back on your feet and moving toward a more successful financial future. Contact us today to get started. Click here if you need a Eugene bankruptcy attorney , or check here for our other Oregon and Washington locations.

One Response to Bankruptcy Isn’t a Dirty Word