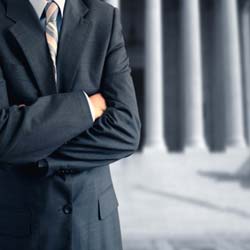 Our office presented oral arguments in an above median, negative DMI chapter 13 (bankruptcy case no 10-38478). Briefs were simultaneously submitted to the Bankruptcy Court in February and Judge Perris held oral arguments March 16. At the conclusion of the hearing, the Judge ordered Debtors to file an amended schedule I and provide the Trustee with additional information regarding changes in income. The Court will issue an opinion within a few weeks.

To summarize the case, debtors are above median with a negative disposable monthly income on their means test. Debtors filed a pre-confirmation modified plan proposing a plan length of approximately 43 months with no distribution to unsecured creditors. The Trustee objected to confirmation and required a 60 month plan that would require debtors to continue to pay according to the difference between their I and J schedules after payment in full to secured and priority creditors.

In his brief, the Trustee presented policy arguments and relied on dicta from Lanning and Ransom that seemed to suggest that the Supreme Court favors outcomes that result in greater distribution to unsecured creditors. Debtors’ brief, on the other hand, focused on showing that Kagenveama remains good law as to the applicable commitment period prong of its holding, and distinguishing the facts from those in Lanning. The crux of Debtors’ argument is that because they project no income, the applicable commitment period is irrelevant pursuant to the holding in Kagenveama. Kagenveama should be considered good law because Lanning never directly addressed the ACP issue, focusing instead on the “projected disposable income” prong of the Kagenveama decision.

During oral arguments, it became clear that Judge Perris did not take lightly the Trustee’s argument that the court is not bound by Kagenveama. Because it is clear that the Court is bound by Lanning, Judge Perris first focused on determining whether it’s holding was applicable in this case, i.e. was there a “known or virtually certain” change to debtors’ circumstances. It seemed from her line of questions that if the Trustee could show there was a “change” within the meaning of Lanning, the presumption that the means test dictated the outcome would be rebutted, and the “forward looking” approach would apply.

The Trustee argued that there was a change: total gross monthly income on schedule I was higher than the income on the means test. This left me arguing that Lanning only applied where the change was “significant.” In Lanning, the debtor’s CMI income bore no relation to the income the debtor expected after filing: CMI income was from a different job, a one-time payout, and the numbers deviated to such a degree, both trustee and debtor agreed it would be impossible to expect the debtor to pay what the means test said she could. In the present case, Debtors’ schedule I income was from the same sources as those listed in the means test, debtors have been at their jobs for decades, and the difference amounted to regular variations in hours worked per pay period.

As to applicable commitment period, Judge Perris asked the Trustee to explain how the Court is not bound by Kagenveama. Here again, the Trustee pointed to dicta in Lanning, arguing that the Supreme Court’s rejection of the “mechanical approach” in favor of the “forward looking approach” was an implicit rejection of the dual hearings in Kagenveama. I argued that the Supreme Court did not silently rule on the ACP issue and cited Baud v. Carroll, a post-Lanning 6th Circuit case where the Court explicitly and in great detail decided the issue – albeit reaching the opposite result. In Baud, the Court identified the Circuit split on ACP, and acknowledged that Kagenveama was still the rule in the 9th Circuit. Judge Perris used Baud as an example of other courts post-Lanning identifying Kagenveama as good law.

The hearing concluded with Judge Perris returning to the facts of the case, ordering debtors to file a new schedule I and provide additional information to the Trustee regarding the supposed “change” in income. The Trustee will have 1 week to respond to the new schedule I, then the Court will enter its ruling.

While it is difficult to say how Judge Perris will rule, it is telling that she focused so heavily on the facts of the case and seemed unconvinced that Lanning had overruled the ACP prong of Kagenveama. One possible outcome is that in above median cases where the means test projects no income, there is a rebuttable presumption that the means test is correct. To rebut that presumption, the Trustee or other objecting party must show a known or virtually certain change. Assuming the Trustee meets the burden of showing a change, the court will apply these changes CMI to calculate both disposable income and the applicable commitment period. If there are no changes or the Trustee fails to meet the burden, the presumption sticks and the debtor may propose a plan that is consistent with the result of the means test so long as it is filed in good faith.

If you have questions or comments, feel free to post them. Unfortunately, I do not see this coming to a conclusion any time soon. Even if Debtors win this round, the Trustee has his sights set further down the road. In the mean time, I see no point in following the Trustee’s 60-month requirement or so called “Lanning” calculation. As stated above, it is far from clear that the Court agrees with the Trustee’s approach. Lanning did not say that the means test was a starting point, rather there is a presumption in favor of following it to the penny, and only in “unusual” cases deviate from its formula.